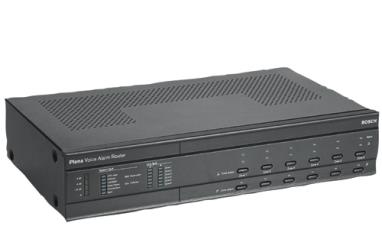 The LBB 1992/00 Voice Alarm Router is an expansion unit that can add six zones and 12 input contacts to the Plena Voice Alarm System. It can use the built‑in amplifier on the LBB 1990/00 Plena Voice Alarm System Controller, and provides inputs and outputs for one or two amplifiers in a multi‑amplifier one or two‑channel system. It provides dual channel operation for calls and BGM simultaneously to a maximum of six different zones, using two amplifiers. Additionally, single channel operation is possible with only one amplifier. Multiple routers can also share one amplifier, including the internal amplifier on the controller unit. It is possible to use any number of amplifiers from one up to the number of routers used. The controller supports A/B wiring.