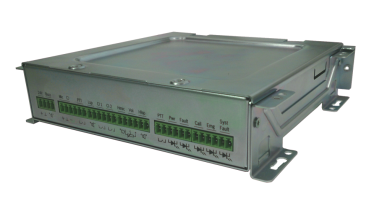 The PRS‑CSRM is a module with the same functionality as the remote call station, PRS‑CSR, but without its housing and other components. It is a building block to make custom call stations or panels. It connects via a CAT‑5 cable, one‑to‑one, to the call station interface, PRS‑CSI, which is part of the Praesideo optical network. The CAT‑5 cable, carrying digital audio and control data, can be as long as 1 km. The CAT‑5 cable does not contribute to the Praesideo optical network length. This considerably increases the overall possible length of the network.